An educational and research organization dedicated to a wider and deeper understanding of the voluntary institutions of all mankind.

Science of Society Foundation’s purposes are both very narrow and very broad, in that they exclude everything that is fundamentally coercive or political while including practically everything that springs spontaneously out of such measures of freedom as the human spirit has achieved. 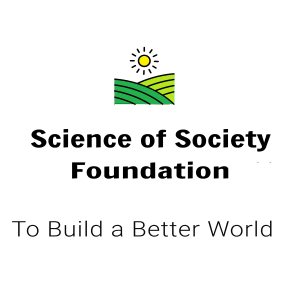 Purposes
I. To publicize and promote the natural sciences in their understandings of the objective subject matter of human experience, with particular reference to the Unitary or Quantum Principle at the foundation of physical science, and to the Energy Concept of Population, in analogy therewith, as the basis for an objective Science of Society.
II. To promote knowledge and understanding of the existing system of property, contract and free enterprise in all its aspects and implications and thereby its further growth and its continuous development and evolution.
III. To promote study and understanding of the natural or common law of Society — of the evolving alternatives to political laws, adjudications and enforcements — in its historic origins and developments such as the English common law and the law merchant, in its continuing development by virtue of its practical social expediency, and in its capability of self-enforcement by reason of its general acceptance, historically and presently, including judicial recognition, favor and encouragement.
IV. To encourage knowledge and understanding of the contractual free relationship, its origin and development by means of private, non-political property, and, especially, under the modern institution of private property in land as the present, freely-recompensed social agency for the contractual and rational transfers of jurisdiction over sites and resources; and to promote knowledge of the practical potentialities of this non-political social institution, through organizing itself voluntarily in public corporate form, to become the prime administrative agency for the wholesome performance of community services in general — extension of the Free-Enterprise Principle of owner-administration into the community affairs for profit (as is all productive administration), a self-sustaining and value-creating alternative to political administration.
V. To conduct and promote research into the fundamentals of the developing societal organization and its autonomous mode of operation whereby it is maintained and advanced, in the light of what has become verified and well known concerning growth, development and functioning in those lesser organisms and organizational forms, organic and inorganic, that constitute the living and the non-living world — the manner of the interfunctioning among their units and parts, and the over-all powers and functions that they thereby achieve and perform.
VI. To promote and publicize the religious and philosophic, the social and economic implications of the positive divine command to engage in free contractual relationships—serving others in the same manner that one would be served—in fulfillment of the Hebraic tradition of freedom and fullness through obedience to divine law; and to promote, with a fitting reverence, the Christian ideal conception of the society of men engaged in voluntary, mutual service, as the visible embodiment of the living spirit of the living Christ, advancing into ever higher modes and conditions of living, and thereby towards eternal life through increasing length of days.
VII. To inspire ever increasing recognition of the cosmic process evolving into ever more enduring modes and forms of organization, organic and inorganic, social and individual; to promote quantitative and thereby rational and communicable knowledge and understanding of the growing order and beauty in the ever more enduring modes of life and living forms, social as well as individual; and to encourage high allegiance to the truth and beauty of all things that inspire, and thereby to advance the joyous putting forth and exercising of creative
power.
VIII. To elaborate and carry out the foregoing purposes, especially among philosophical, scientific, religious, educational and business organizations, by means of the written and the spoken word, by publications, seminars, group discussions, essay contests, and through scholarships, donations, projects and aids looking to the same or similar ends.
IX. To engage in such other related religious, scientific, literary and educational purposes as the trustees shall from time to time determine.
X. The Corporation shall not advocate, aid or encourage any resort to or employment of force (unless against aggressors), nor shall it in any manner either advocate or oppose any existing or proposed legislation, national, state or local, nor shall it assist in any political campaign or propaganda on behalf of or against any candidate for election or appointment to public
office.

Goals
The goals of the Foundation are the maximum possible freedom, security and prosperity for all individuals around the world and simultaneously to eliminate war, crime, poverty, slavery, genocide and the threat to civilization posed by weapons of mass destruction.
Mission
The mission of the Foundation is to promulgate and advance the work of its original founder Spencer Heath (1876 – 1963), one of the most influential yet little-known innovators of the twentieth century. Specifically, the Foundation seeks to further the science of social interaction as envisioned by Heath, to disseminate this science through publications and electronic media, to apply the science to the design of an optimal structure of society, and finally to implement that design by establishing contractual communities that are able to thrive in peace and security without a traditional form of government.
Philosophy
The Foundation advocates total freedom of the individual based on the sanctity of private property, that is, every human being has a natural right to own, use, exchange and give away the fruits of his labor without being coerced by anyone as long as he doesn’t coerce others.
History
The Foundation was originally created by Spencer Heath in the 1950’s to publicize his many discoveries and inventions. Its major achievement was the publication in 1957 of Heath’s masterpiece Citadel, Market and Altar. After Heath’s death in 1963, his grandson Spencer Heath MacCallum continued Heath’s work by publishing a number of papers and his own book The Art of Community in 1970.
In 2018, Heath’s friend Alvin Lowi suggested re-establishing the Science of Society Foundation
and creating a website to fulfill Heath’s original goal of publicizing, expanding, and implementing his discoveries and inventions.